How to make the baseball team

The first day of try-outs make sure that you standout from every other player, not in a flashy way but how hard you work during the drills that they will put you through in order to test your skill level. Most times coaches are looking for the effort that you put in rather than how good you are because it is so hard to judge a player from running him through a few drills. Always give your all and you will be rewarded.

The quickest way to be just another face in the crowd is to not let the coach of the team you wish to be apart of know who you are, introduce yourself and do not be shy about telling him which position you wish to try out for and the skills that you can bring to the team. This will not only introduce you to the coach but it will show him that you have a strong desire to be apart of his team.

Many times younger players who are trying to make a team do not ask enough questions when they make a mistake, rather than hanging your head go to a coach and ask him what you can do the next time to prevent you from doing it again. This shows the coaching staff that you want to learn and get better, the biggest mistake that younger players make is being shy around the coaches that are there to help you out and not to just criticize you. Players that ask the most questions and show a willingness to learn and absorb all that they can usually stay around the longest.

Pressure and nervousness is inevitable when you are being watched by a coach, there is no way to prevent yourself from being nervous but use that nervous energy to your advantage. Show the coach your intensity and do not hold anything back, being tentative and tight will only hurt you. For most of us this is a game that we have played since we were children, so take that same mentality that you had as a child and have fun.

Once you make the second cut or get make the team, continue everything that you have done up to that point. Show up to practice and meetings on time, ask your coaches question and enjoy what you are doing on the field

Do not be nervous about the outcome of making the team, have fun and show everything that you have to offer a team. 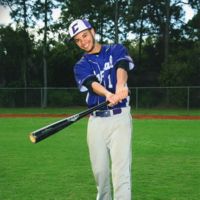 Out of high school I was not heavily recruited so I took matters into my own hands and shopped myself around to different colleges. I got interest from one college in particular which gave me a scholarship for my academics and not for baseball. I arrived on campus unsigned to the program and nervous seeing bigger, stronger and faster players than me, but I did not let that stop me from chasing my goal of making the team. I went from being on signed out of high school to a member of a top 25 Division II baseball program

I graduated in 2009 and started college that August at Northern Kentucky University, as one of the smallest players on the team I had to totally clear my mind of all the negative thoughts about my size and the skills that I needed to develop to make the team and just play baseball.

Other Tips from Benjamin

How to Choose a baseball and glove

How to buy baseball cleats

How to be a good wingman

How To Get Recruited For Baseball

How to Know a softball glove vs baseball glove

How to Choose a baseball coaching DVD

How to Order an automatic baseball pitcher

How to buy baseball stirrups

How to Choose a baseball catcher mask

How To Improve Bat Speed

How to steal a base in baseball

How to Get Shaving Tips